Today’s era is such where earlier there were many such works for which people had to go out, but now they are done by their mobile phones. The biggest reason for this is the Internet. Today every person uses the internet. Even if they have to watch something on television. Now some people like to watch it at any time on their mobile phone without any ad. In such a situation, let us tell you that web series have now replaced these television shows. Due to which the OTT platform has been created. But now the more special thing is that due to the lockdown caused by Coronavirus, Bollywood has also decided to release its films on these OTT platforms. Now you must be thinking that what is this “OTT” after all, so let us tell you about it in detail in this article.

What is an OTT Platform?

OTT platforms are over-the-top platforms that display video or other media-related content via the Internet. It is a kind of app in which these television content and movies are shown. For this, customers have to subscribe to these OTT platforms. And then they can watch the content they want to see in it. The popularity of the OTT platform first increased in America, after that it has gradually spread everywhere. And it will be used a lot in the coming time. It is mainly used for video on demand platforms, audio streaming, OTT devices, VoiceIP calls, and communication channel messaging, etc.

This facility is provided in this TVOD service of OTT platform that if customers want to watch any of their favorite television show or movie once, then through this they can watch it on rent, or it can also be bought. For example Apple iTunes etc.

If customers like to watch video streaming content then they have to subscribe for it, and they need to pay something for the subscription. There are many platforms on which customers can watch original content. For example Netflix, Amazon Prime, etc.

Ads are present in this OTT service. In this, customers can watch content for free, but along with watching this content, they also have to watch Ads in between which can be any video ads.

What are the popular OTT platforms in India (Top OTT Platforms)

The most popular OTT platforms in India are as follows –

It is currently a Disney-owned OTT platform with over 400 million active users every month, currently capping the Indian market. It is especially popular for showcasing live sports programming and superhit shows like Game of Thrones. The content displayed by this platform can be viewed even without a subscription service.

Netflix, the most popular video streaming company, came to India in 2016. After 4 months of its arrival, the original Indian series Sacred Games has released. After this, cheap internet plans, original shows, reality TV series, movies were released in India, and then the ability to subscribe to it increased.

This OTT company showcased it with regional language to produce more original Indian content from India. During his visit in January 2020, Amazon CEO Jeff Bezos announced a doubling of Amazon Prime Video’s investment in India.

This is an Indian company that is a home video streaming service of Ekta Kapoor’s Balaji Telefilms, targeting Tier 2 and Tier 3 cities in India. This company is backed by Mukesh Ambani’s Reliance Industries Limited.

Following in the footsteps of Disney-backed Hotstar, Sony launched its own OTT service in 2013 and forayed into the streaming market. It started growing rapidly again. Last year the app crossed 100 million downloads. SonyLIV, like Hotstar, also featured live spots on many global football tournaments to achieve growth in India. Along with this, it has also run gaming and some mini-games.

ZEE5 OTT platform was launched in the year 2018. It is home to over 100k hours of on-demand content and over 80 live TV channels. The main feature of this platform is that it supports various languages, and offers voice search, live TV as well as much more. ZEE5 is also going to launch short-form content app Hypershots to take ByteDance Tiktok by the end of this year.

The development of Voice Assistants is happening very fast nowadays. People in India use Android smartphones and keep searching for OTT Full Form. On this, he gets to hear his name in response. I came across this topic when I was doing keyword research for my website.  Many articles have been written on the Hindi Advisor website on these topics. 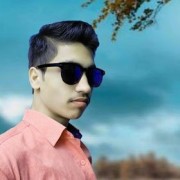 I am a Guest Author on This Website. I have my own website which name is Hindi Advisor.

Top 6 Movies about the Journeys of Self-Discovery

8 Reasons why Music Is Important to Our Life

How can I Find Best Electrical Wire Company in Pakistan?