Over time, many myths have been developed globally about cannabis. Many people perceive these myths as indisputable facts. These myths extend to everything from cultivation to misinformation about the effects of cannabis. Therefore, many people think that buying cannabis from online stores to grow cannabis at home is much safer than buying CBD products from top brands.

Here Are Some Of The Myths That Have Been Developed Over The Past Few Years.

A few drops of bleach in the water during germination will soften the seed shell and speed up the germination process.

It is totally wrong! Cannabis seeds today can germinate in plain water. Adding any other minerals to the water can damage the sensitive young roots.

Hanging the plants upside down after harvesting will allow the THC to drain into the buds.

Nothing Is True In This Statement!

THC is already in the buds, specifically in the resin glands. Hanging plants upright with your feet may be handy for drying the plant but will not increase its strength.

Auto-flowers Are Small And Don’t Smoke.

Once again, we need to say it wrong. Over the past few years, the best auto genetics have been providing the same potency as traditional photo-period strains. And in many cases, thanks to the 20-hour flowering regime, autos tend to produce heavier yields.

Leaving the plant in complete darkness for the last few days is helping to increase resin production and strength.

There is still no evidence of it, despite the boom in legal cannabis production is in the United States, where crops are routinely tested for THC and growers are looking for the slightest opportunity to increase the commercial value of their crops.

If you are growing a mother plant, it should only come from regular seeds, not from feminized ones.

There is no proof of it! A stable mother plant with good genes is a mother plant, no matter how it was grown or what type of seed was used. Human urine is the best way to add extra nutrients to your plants.

Each serving of urine contains different concentrations of nutrients, and you would not know which ones. Yes, urine contains nitrogen-rich compounds such as urea. However, the ratios of nitrogen, phosphorus, and potassium are not optimized, specifically for hemp. Depending on the urine sample and on its, so to speak donor, the required concentration and ratio can range from 10: 1 to 50: 1.

Cannabis Is A Dangerous Recreational Drug.

No, it is not so. According to statistics from the World Health Organization, alcohol kills about 3 million people a year. Alcohol is responsible for 5.9% of deaths and 5.1% of diseases. Cannabis has been used safely for thousands of years, and its side effects are so insignificant as to be almost impossible to count.

Not at all! Research shows the opposite. Legalization leads to a decrease in cannabis used by adolescents To confirm this fact, a special study was carried out in 2012. And also, recent research in Colorado has shown the same trend. When cannabis becomes legal, it becomes much more difficult for teenagers to acquire it. In this way, street dealers will be disappeared.

Cannabis Is The First Step To Heroin.

Who said it? It is not acceptable! During the long ban of cannabis in the 1980s, it was widely stated that cannabis was the surest route to heroin. Numerous studies have shown that alcohol is many times more likely to function as a drug and a transition factor. Almost all drug addicts used alcohol as their first drug. Today, it is unlikely that any serious anti-hemp research will take the drug transition theory as a basis, otherwise, it will greatly discredit their other arguments.

Cannabis Has No Medical Value, As It Is Just An Excuse For Recreational Use.

This statement is baseless! Anyway, what is wrong with someone using cannabis for recreational purposes? We have a worldwide alcoholic beverage industry that exists precisely for this purpose. You can go to your local supermarket and buy a lethal dose – 1 liter – of vodka for the price of a meal, but everyone is tolerant of this fact. Cannabis is now legal for medical use in virtually half of the United States and is widely used in many European countries, usually by doctor’s prescription. When used correctly, cannabis can become the world’s safest organic herb. Unlike alcohol, marijuana has many medical uses and is much safer than recreational alcohol.

We have answered some of the myths that are in the minds of the general public. We are hopeful that the readers will try to find out CBD custom pre roll boxes, hemp oil boxes, and other hemp packaging boxes and start using them. The reason is that many people around them have been using these products for months and extracting numerous benefits with recreation and entertainment. 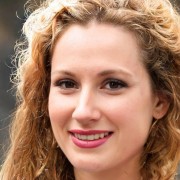 For over many years after gaining worthy experience in digital marketing from multiple projects. I am currently serving at CBD Packaging Store as a digital marketing associate. Where I put all of my efforts into my team to obtain maximum results in my profession. Visit our store if you need any kind of assistance regarding CBD product packaging.

Are there any potential side effects of HHC gummies?

How Is CBD Helpful For Older People To Sleep Peacefully?