Imagine getting to the end of wild movies, and you see the words “based on a true story” pops up. Your jaw dropped. You knew you had to whip out your mobile phone and start googling what actually happened.

That’s the oddly satisfying part of a movie based on actual events. When you realised actual events inspired a film, it becomes more relevant and compelling. They often give you a good history lesson and impact how you view the world around you.

Check out some of these greatest films of all time based on true stories. These films take an event that did happen in the past and spin them into a captivating tale that will astound, inspire, and haunt long after you’ve finished watching!

Best 5 Movies Based on True Stories of All Time

The Imitation Game tells the life of Alan Turing, a cryptanalyst and mathematician. The film charts how Alan Turing’s invention (a decipher the machine) helped shortened the war in Europe and saved over 14 million lives. But, tragically, he was persecuted by his country for his homosexual act in 1952.

The 33 shares the story of a disaster-survival event that happened in Copiapó, Chile. The San José mine collapsed in 2010, where thirty-three miners were in the rescue chamber with minimal food resource, empty medical kit, and no means of communication to the surface. Nevertheless, they were trapped 700 meters underground and were successfully rescued after 70 days. It was a grand miracle that all 33 men survived.

This biographical film speaks about the vital—and previously unsung—the role of African American female mathematicians who worked at NASA (National Aeronautics and Space Administration). Back in the 1960s, Katherine Johnson, Dorothy Vaughan, and Mary Jackson fought through widespread, systematic discrimination as human computers at NASA during the Space Race. Their efforts and contribution paid off; eventually, they earned the respects and recognition they deserved.

This 1940s love story is about the real-life romance between the Prince of Botswana, Seretse Khama, and a white English office worker named Ruth Williams. The duo faced disapproval from their family members and both the British and South African governments for their forbidden interracial relationship. Nevertheless, they fought against all odds and settled down as a family in Botswana.

Love these movies and would like to download them for offline viewing? Try Ahasave All Video Downloader, a FREE video downloader for Android, to help you download your favourite movie in few simple steps.

Download the APK file or get it from Google Playstore.

Also read The Best Movies and Shows You Can Watch on HBO Max. 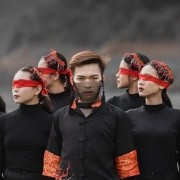 How do I complete the kamtron wireless ip camera startup easily?

How To Secure Your Dlink DIR 1750 Router Against Outsiders?

9 Benefits of Podcasts in Education