Provisioning is mostly used in the telecommunications industry. It refers to the “provisioning” done to the customer’s services regarding the network elements. It needs a piece of networking equipment while depending on the network planning or design. A provisioning management system helps the handling of equipping, maintaining, and preparing services for the upcoming or existing customer base. It helps in the automation of the provisioning system, deployment, and management of various resources in an information technology system.

Provisioning is used in various sectors although it is most prevalent in the telecommunications industry. Companies like ETI offer systems and software for industries that need it. Provisioning is also used in OTT authentication and FTTx deployments. It is integral to various networks as it automates workflows and integrates the network with other services. This allows companies to have scalability on their businesses which means it helps in generating revenue.

Provisioning is mostly used in the telecommunication sector. Telecommunication is an industry involving signals, messages, words, writings, signs, images, information, or audio where it is sent to a recipient by way of electromagnetic systems, optical, wire, or radio. The word “telecommunication” occurs when an exchange of messages or information between the sender and recipient occurred with the use of any technological pathways.

History of the Telecommunication Advancements

In 1876, Alexander Bell patented the conventional telephone. In 1849, Antonio Meucci had invented a device that allowed the electrical transmission of voice-overs on a line. However, it was deemed useless due to the need for the electrophonic effect which means the users will have to place the receiver on their mouths to be able to hear. The first-ever commercial telephone services opened in 1878 under the Bell Telephone Company.

Italian inventor Guglielmo Marconi developed wireless communication in 1894 where he used the newly discovered radio waves. In 1901, radio waves proved to be able to be transmitted across the Atlantic Ocean. This was the beginning of a wireless telegraph by using the radio. Music and voice on the radio were demonstrated around 1900 to 1906 but it had little success at that time period.

World War I led to the acceleration of radio development so that it can be used for military communications. After the war ended, the AM broadcasting for commercial radio started in the 1920s. It has become an essential mass medium for news and entertainment. World War II has once again accelerated the advancement of radio communication to be able to use it for land, naval, and aircraft navigation.

In 1925, the demonstration of moving pictures was launched by John Logie Baird. His device used the Nipkow disk which became popularly known as the mechanical television. His device formed the basis for experimental broadcasts. Most of the twentieth century televisions depended and evolved on the cathode ray tube which was invented by Karl Braun. Philo Farnsworth first produced a promising form of early television in 1927. After the second world war, the experiments to produce television continued which later produced the most important broadcast medium.

The configuration of a mainframe or centralized computer that had remote dumb terminals was first used in 1940 but continued its popularity in the 1970s. In the 1960s, packet switching was being studied by researchers. This technology sends a message in certain portions to its destination without going through the mainframe.

In 1969, a four-node network came out which started that ARPANET. In 1981, it had grown to 213 nodes. ARPANET merged with other networks which led to the formation of the internet. Technological advancements later led to the creation of Ethernet in 1983 and the local area network (LAN).

The wireless revolution started in the 1990s. The rise of wireless networks has led to a social revolution where there is a shift from wired to wireless devices. This led to the release of pagers, wireless computer networks, cellular networks, and cellphones. Wireless telecommunication was driven by the advancements made in microwave engineering and radiofrequency.

Streaming and digital media distribution were made possible due to the advancements made in data compression. It is impractical to fill storage and bandwidth with uncompressed data. The compression technique is done through a discrete cosine transform (DCT). In 2001, the first digital cinema transmission occurred through a satellite in Europe. It was a feature film by filmmakers Philippe Binant, Raymond Melwig, Alain Lorentz, and Bernard Pauchon.

Importance of Provisioning Management In Telecommunications

The rise of telecoms has brought many challenges and problems to service providers. The difficulty led to customer dissatisfaction and employee frustration. Telecom companies are having a hard time combining service offerings and managing their IT frameworks. To perform these functions very well, companies needed a service where it is an integrated solution to provide service and management provisioning.

Having a management system for the company’s provisioning will help telecommunication companies to easily handle their services while ensuring that they are able to properly manage their networks. The management system of the provisioning process allows automation which creates an easier workflow on the entire network.

OTT refers to over-the-top media service. It is a service where content is delivered online. One of its main offerings is a streaming service that is directly offered to customers through the internet. It bypasses phone networks, satellite television, broadcast, and cable platforms. The companies that usually act as the distributor or controllers for the content are not present in OTT processes. However, there are other forms of OTT services.

It is referred to as internet television, streaming television, or online television. This remains the most popular form of OTT. The signal is received using the internet compared to getting signals from a terrestrial broadcast and satellite. In traditional TV, the access is within the control of the video distributor. The distribution is done either through an OTT dongle or app which is connected to a smart television, PC, or phone.

It is defined by most people as an online chat or instant messaging service. It is used as an alternative to text messaging services which a mobile network operator basically provides. An example of an OTT messaging platform is Whatsapp. People can send and receive texts over the internet which are connected to smartphones.

There is no need for a prepaid or postpaid load from a mobile network to send or receive messages. As long as the sender and receiver have an internet connection, they can both contact each other. Other OTT messaging providers are Skype, FaceTime, WeChat, Viber, and Telegram.

Another form of an OTT service is OTT voice calling which is also known in the industry as VOIP. Services provided by Skype where people can call each other without using a mobile network is an example of OTT voice-calling. Other OTT voice calling providers are Wechat, Viber, and Whatsapp.

What Is OTT Authentication?

The prevalence of the internet has allowed the rise of more channels and websites where viewers can consume content. The popularity of OTT services has exploded ever since the conception of digital broadcasting services.

Unfortunately, unscrupulous individuals used the opportunity to promote antisocial, violent, and sexual content over the web. Scammers also took the opportunity to cheat the system by creating many accounts for their own personal attempts to commit fraudulent activities. They used bots to create many accounts. This is why there is a need for authentication.

When new subscribers come in, they would create an account on the platform or app. To ensure provide a prompt allowing the subscriber to authenticate his or her legitimacy as a real person. that the person is legitimate and not just a bot creating multiple accounts, the OTT service will The authentication system also protects user data.

Benefits of a Provisioning Management System For OTT Authentication

Provisioning is important for OTT services to ensure that their subscribers will be able to access their content at all times with a simple click of a button without any restrictions. In the past, it was very difficult for OTT providers to manage customer experience and customer access.

It was hard to determine the subscribers that were actually paying the bill for the service. The management system for provisioning services has allowed OTT services to allow their customers to have access to the content they have paid for.

A provisioning management system will allow real-time authentication of subscribers. It also supports direct live streaming from the content provider. The OTT service is able to protect its assets allowing real-time activation and de-activation. The service will also seamlessly integrate the billing system. The system would also allow subscribers to create new user accounts and authenticate their information.

FTTx or Fiber to the x is a term for a broadband network architecture that uses an optical fiber to provide the local loop. The fiber optic cable is able to carry data more than copper cables can do, especially when it is over long distances. Residential places are already receiving services from an FTTx.

When the fiber head is closer, the higher the price for the construction will be but the channel capacity will also be much higher. FTTx is important in driving the next-generation access forward. It defines the important upgrade of the available broadband by innovating the quality and speed of the service.

The installation of a provisioning management system on FTTx deployments would be helpful in making businesses in this industry updated with the latest trends. The FTTx deployments were built on existing municipalities and utilities. However, the infrastructures were not built to work on the unique demands that are linked to provisioning.

The management system will decrease the work used, reduce mistakes, and avoid a high rate of customer churn. The provisioning system provides convenience to the entire process.

FTTx deployments will succeed for the providers. The management system will address work orders, prospect tracking, device inventory, and management. A provisioning management service will allow easier oversight of dashboards.

Teams and managers can easily access subscribers, service ratings, and other service offerings while being able to look at devices, work orders, and billing systems. Companies that use provisioning management will be able to automate their functionalities with access to the construction, maintenance, and design of passive optical networks.

Provisioning management fixes three major factors in a network. It centralizes information, automates workflows, and cuts expensive costs. Provisioning removes the complexity of a business as it grows. When more customers add to the existing customer base, there is no need for more errors to happen.

It can be reduced with proper oversight through a reliable system. A provisioning management system increases the company’s efficiencies, widens expansion opportunities, reduces expensive costs, and guarantees customer satisfaction. 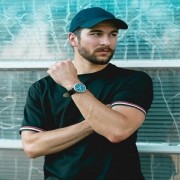 How to Migrate MDaemon Multiple Folders to Office 365?